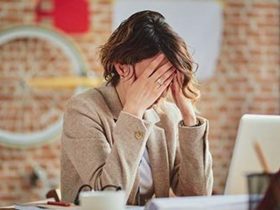 Among patients with major depressive disorder, those who were older, had a lower educational level, were non-Hispanic white, and/or had no extra medical use of other medications or illicit substances were likelier to be adherent to antidepressant medications, in a cross-sectional study at a large urban U.S. healthcare system.

In addition, lower levels of concern about medications and their possible side effects were associated with significantly better adherence to treatment, irrespective of age, race, education, or use of other medications or substances.

No differences between men and women were seen in terms of medication adherence.

Identifying patients at increased risk of nonadherence, having discussions with patients early in the treatment process to understand their concerns regarding treatment options, being sensitive to cultural beliefs, and patiently proceeding with the decision-making process could help ensure better outcomes"

The report, by Mansi Sethi Chawa, M.D., of the Department of Psychiatry at Henry Ford Hospital/Wayne State University, Detroit, et al, was published by The Primary Care Companion for CNS Disorders, online Dec. 10.

Despite antidepressants’ availability and effectiveness, the researchers noted, “adherence rates are quite unsatisfactory.” Prior research on adherence to antidepressants has suggested that from 13% to roughly one-half of patients stop taking these medications prematurely, that is, before the recommended treatment duration.

The study was based on 4,216 surveys sent to adult patients of the Henry Ford Health System and with a clinical diagnosis of major depressive disorder at least twice in the previous year. Of the 1,573 patients who responded, 1,209 (907 women, 302 men) had used antidepressants in the previous 12 months, and their results were tabulated for this study.

Participants self-reported their sociodemographic characteristics, extra medical use of other medications or substances (sedatives, tranquilizers, prescription pain relievers, stimulants, marijuana, cocaine, hallucinogens, inhalants, and heroin), medication adherence (via the Morisky Medication Adherence Scale), and perception of medications (via the Beliefs About Medicines Questionnaire).

In a multivariate model, Black participants were less likely (p = 0.03) to be adherent to medication than non-Hispanic whites.

Extra medical use of other medications or substances was associated with decreased adherence to antidepressants (p = 0.005).

The authors acknowledge that their finding that lower educational level was associated with higher rates of treatment adherence (significantly so when comparing high school graduates with college graduates) is contrary to results of previous studies. It might be expected, they wrote, that patients with less education would have lower health literacy, leading in turn lead to lower rates of treatment adherence.

The authors theorize that,

One possible explanation for these results could be that patients with lower education level tend to be more accepting of their providers’ recommendations, thus leading to improved compliance.”

The report notes that “Minority races are prone to having concerns with regard to trusting the health care system and health care professionals.” Possible elements within that include different belief systems about mental health disorders, perceptions of racism by mental health professionals and institutions, and less belief that depression has a biological basis.

One result, the authors wrote, is that “racial minorities, including blacks and Hispanics, are more likely to choose psychotherapy and prayer over antidepressants.”

The authors concluded, “Given that treatment perception impacts adherence rates independent of the nonmodifiable demographic factors, strategies such as strengthening therapeutic alliance, devoting ample time to patients, assessing treatment adherence regularly, motivating patients to take medications, and assessing any potential barriers to compliance with treatment are important to improve rates of treatment adherence.”

The study was supported by the Fund for Henry Ford Hospital. The authors disclosed no conflicts of interest.