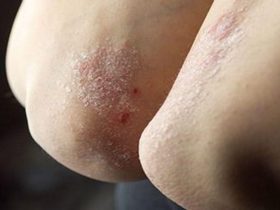 Psoriasis Not Linked to Preclinical Markers of Dementia

The point prevalence of depressive disorders among university students is high internationally, though also quite variable from country to country, according to a newly reported survey of undergraduate and graduate students in five nations. The severity of such depression was typically mild.

Further, both personal and perceived stigma around depression (the latter usually higher) were substantial, potentially posing barriers to treatment. And as with depression, degrees of stigma varied significantly from nation to nation. (Personal stigma refers to an individual’s own views, while perceived stigma refers to an individual’s perception of others’s views.)

Emirati students held the most stigmatized personal beliefs about depression, and Egyptian students exhibited the most perceived depression stigma.

The report appears in the November issue of The Journal of Nervous and Mental Disease.

This study reportedly was the first to directly compare depression stigma in a large sample of university students from different countries. 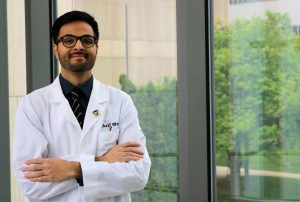 Corresponding author Arif Musa, M.D. Candidate, Class of 2022, at the School of Medicine at Wayne State University, Detroit, told eHealthcare Solutions that although mental health literacy campaigns and on-campus services have helped reduce personal stigma in students, perceived stigma remains high. “Although university students tend to not view depression as a sign of weakness, they tend to believe that others do so,” as this study suggests.

The surveys on which this cross-sectional study was based were taken during 2016 through 2018, so well before the coronavirus pandemic.

With many universities switching to distance learning and so many countries mandating social distancing, Musa said, “it is expected that the levels of depression may be increasing, particularly among university students. This would be in addition to global rates of depression, which have been reported to be increasing for some time now.”

He noted the many potential mental health consequences of isolation and social distancing, or of the illness or death of a loved one, as well as the risk of neuropsychiatric sequelae in individuals who have otherwise recovered from the infection.

The researchers assembled a three-part survey with demographic questions, the Patient Health Questionnaire-9 to measure depression prevalence and severity, and the Depression Stigma Scale to measure personal and perceived beliefs regarding depression.

In all, 1,287 completed surveys were received: 593 from the United States, 134 from the UAE, 217 from Taiwan, 105 from Egypt, and 238 from the Czech Republic. The cohort was 70.6% female, and religious affiliations encompassed Christian, Muslim, Jewish, Hindu, Buddhist, Taoist and others, including none.

Significant differences were found in the degree of personal stigma as to depression. Specifically, both Emirati and Egyptian students exhibited significantly greater stigma than did Czech, Taiwanese or American students. U.S. students held significantly less stigmatized beliefs than did Emirati, Egyptian or Czech students.

Perceived depression stigma was significantly stronger among Egyptian, American, and Emirati students than among Taiwanese or Czech students. The latter exhibited the least stigmatized beliefs of all five subcohorts. 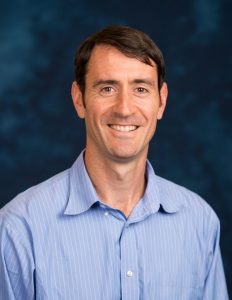 Daniel Eisenberg, Ph.D., professor of health policy and management at the Fielding School of Public Health, University of California, Los Angeles, told eHealthcare Solutions that while this study’s estimates of the prevalence of depressive symptoms are less novel because larger international studies have previously examined that, “the main contribution is the comparison of stigma across countries.”

He noted the limitation (acknowledged by the authors) that it’s unknown how representative the study’s samples are of the universities in each country.

As to whether the results would be different with the onset of the pandemic, Dr. Eisenberg noted, “most studies do indicate a rise in distress among students (and the wider population), so we’d probably see somewhat higher prevalence of depressive symptoms,” though not necessarily much difference in the stigma results.

The 16 co-authors disclosed no conflicts of interest and no outside funding.