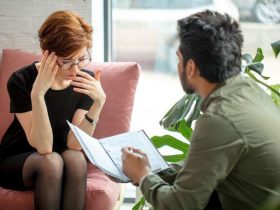 The next time you catch yourself “doomscrolling” through news of the pandemic, consider that the residents of the city where the whole thing started might have a few lessons for the rest of us.

In Wuhan, China, the first city to be locked down because of the coronavirus, social media helped residents share important health information, encouraged protective measures and provided emotional support, but it also contributed to depression in more than half of users, Penn State University announced on Sept. 29, 2020.

These and further findings came from a recent study by Chinese researchers, one of whom teaches at Penn State’s Donald P. Bellisario College of Communications.

The authors also found that social media increased secondary trauma, the stress felt by Wuhan residents who learned of traumatizing events experienced by significant others.

On Dec. 31, 2019, the World Health Organization first learned of what was later designated “COVID-19” following an outbreak of pneumonia of undetermined etiology in Wuhan, in Hubei province. The city ultimately was locked down for 76 days.

His advice to social media users during a lockdown or similar situation is simple: “Be really mindful of where you are, of your own mood, and take a social media break from time to time.”

Beyond that, Dr. Zhong advised, “Find your own coping strategies,” through one-on-one conversations or in small groups, using an app like FaceTime, for example.

In early February, two weeks after the lockdown began, the researchers surveyed 558 residents from across all seven of Wuhan’s districts and received completed surveys from 320 residents. Their ages ranged from 18 to 66 and over; most were 30 to 55. Sixty-three percent were female.

No respondents reported having any depressive or traumatic disorders before the lockdown.All were users of WeChat, China’s most popular social media mobile app.

The researchers found that the survey respondents received “tremendous informational and peer support when they accessed and shared health information about COVID- 19 on WeChat.”

This, in turn, was associated with positive changes in health behavior, such as wearing masks, using sanitizer, or washing hands.

In addition, the informational, peer, and emotional support participants received appeared to encourage their use of social media. Dr. Zhong commented, “If we find something useful, we keep using it.”

As measured by the Depression Anxiety Stress Scale, more than half of participants reported some degree of depression, and nearly 20% reported moderate or severe depression.

Secondary trauma was found to be common, even at that relatively early stage in the lockdown. More than a quarter of those surveyed (26.9%) reported known deaths, and 3.5% reported three or more deaths among family members, colleagues, and neighbors.

Further analysis indicated that both depression and secondary trauma were associated with excessive social media use.

So if excessive social media use is harmful, what defines “excessive”?

The threshold of “excessive” social media is different for different people, said Dr. Zhong. It could be two hours a day for one person and five hours a day for someone else, and only the individual himself or herself can decide that.

The researchers came up with “very interesting findings, consistent with existing studies showing that high consumption of social media has detrimental effects on mental health, while modest consumption may afford some benefits,” John A. Naslund, Ph.D., of the Department of Global Health and Social Medicine, Harvard Medical School, told eHealthcare Solutions

The Zhong, et al, study, he continued, “suggests that these findings about the bidirectional relationship between social media and mental health are consistent during a pandemic, which is important to understand because social media consumption increased overall as a result of restrictions on in-person contact.”

Dr. Naslund concluded that this study provides a “valuable starting point for informing social media messaging and encouraging peer support in the context of a pandemic.”

The paper by Zhong, et al, was released online on Aug. 15 by Computers in Human Behavior and will appear in the journal’s January 2021 print issue.

The report was silent as to funding sources and author disclosures.